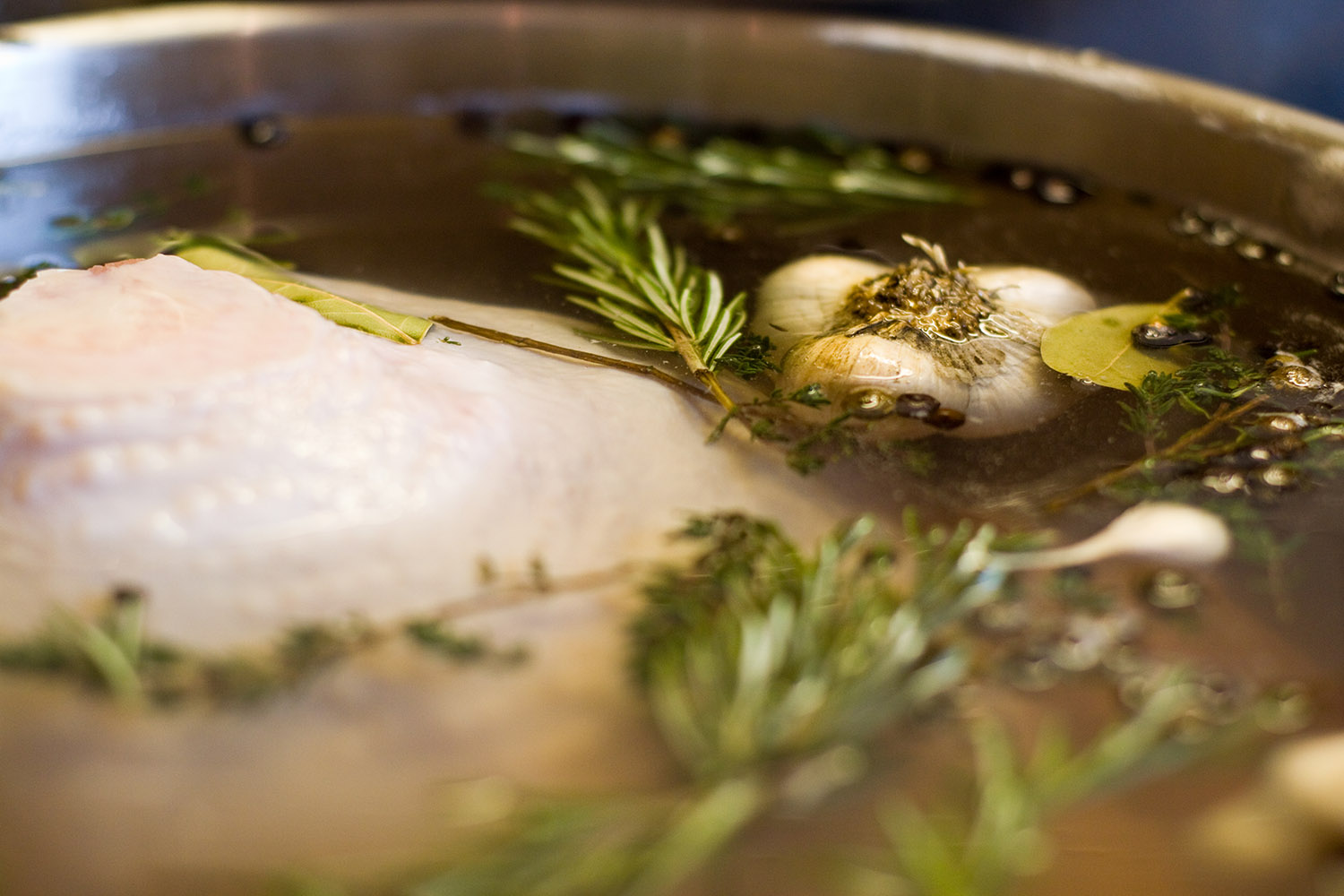 Unfortunately our trip to Cleveland for Thanksgiving this year was canceled due to a panicky dog and an injured husband. But, that meant that we got to make Thanksgiving dinner at home for the first time ever! Over the weekend we caught a bit of the Food Network Thanksgiving specials, and they talked a bit about brining the turkey. I was intrigued, and when I found out that we would be making turkey at home this year I decided I had to try a brine.

I went to foodtv.com and looked for a brine recipe, and found this video of Tyler Florence brining a turkey. The recipe was not written out so I guessed on most of the seasonings, but I think I did okay. Last night at midnight I put the brine together and lowered in the twelve pound turkey, which with the three gallons of water filled my 20-quart stock pot almost to the brim. We maneuvered the pot into the fridge (it took three attempts) and let the turkey soak for twelve hours. When we pulled the pot out and opened the lid at noon today, the brine had turned a rosy color that matched the color of the kosher sea salt. We then stuffed and roasted the turkey at 325 degrees for what turned out to only be 3 1/2 hours, and wow it was yummy!