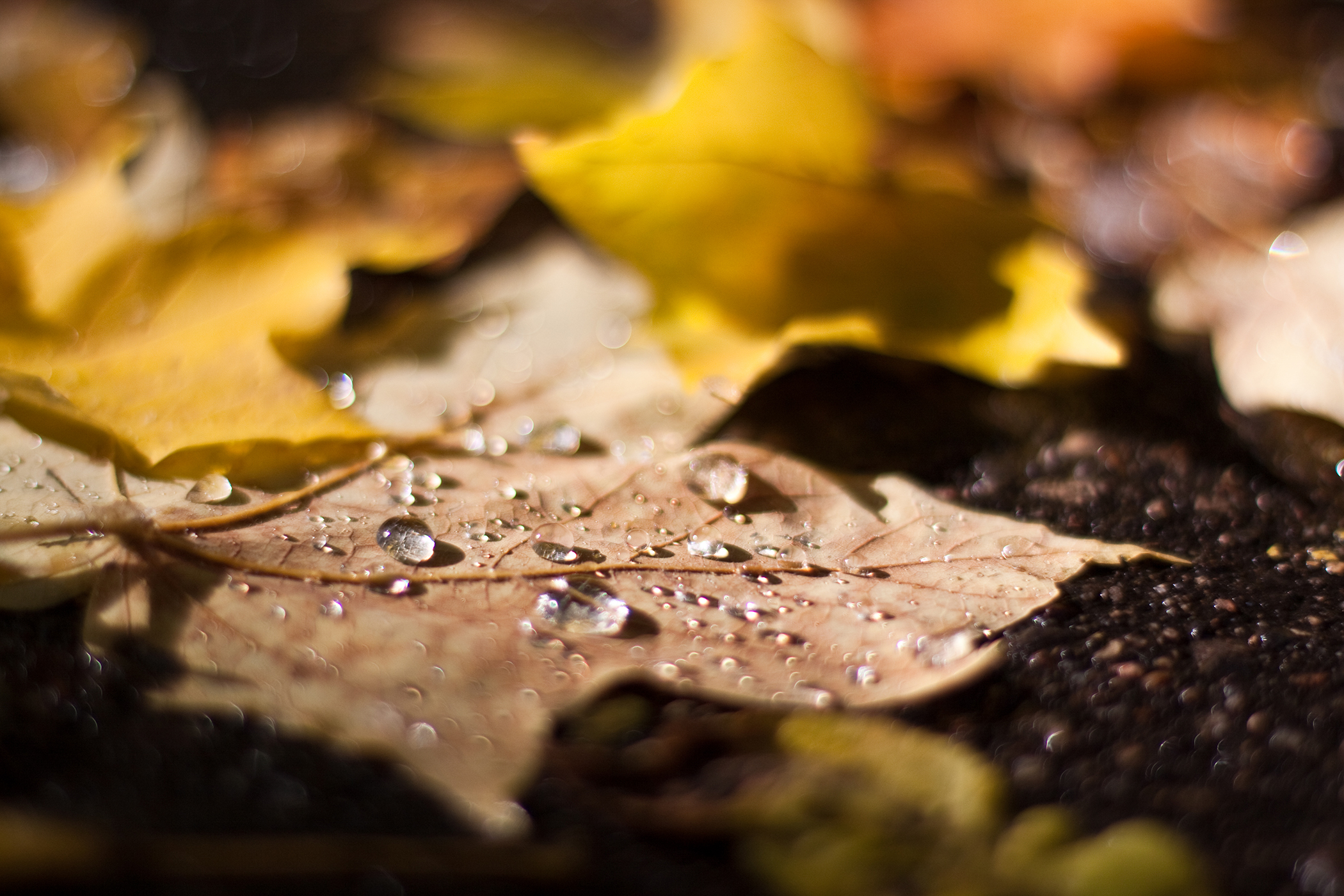 Yesterday morning it snowed, the first snowfall of the year. The temperatures plunged below zero, and in one night some trees dropped all their leaves in a panicked attempt to keep up with the temperature change. It was amazing to see the blankets of green leaves covering the grass and snow and gathering in the street. My planned trip to the Minnesota Landscape Arboretum took on a new twist, as I had to gear up for winter hiking, but I got some nice shots of fall of color with a bit of snow on it.

It was my first trip to the arboretum, so I didn’t really know what to expect. It was a lot of fun tromping though the trails, making first tracks on the first snow of the season, photographing flowers and trees with little snow caps and catching droplets of snowmelt in the sunlight. We saw little waterfalls, quick-moving streams and even quicker-moving wild turkeys (maybe the snow made them think it was November). We got a little lost, but it was nice to just explore without having to worry about direction. We went where the interesting photos were and it worked out just fine.

It seems wild to me that only a few weeks ago I was eating at Lucia’s outside patio in a tank and shorts. Yesterday’s snow had melted by lunchtime, but we got some light flurries today, and tomorrow we’re expected to get up to a few inches of accumulation, so it looks like winter is here. For me, I’ve got a log burning in the fireplace and a whole chicken roasting in the oven. Winter, bring it on.

Hi Flur, I just started using Atahualpa. I like your site very much and also have question about Palm Pre:
What font do you use for your header? And how did you get the text into the header? If you have the thread, pls forward it to me.
How do you like Pre, vs iPhone and Blackbery?

Thanks and have a great weekend.

Hello and thanks for checking out my site. The font for the text in my header is Teen Bold. I think it’s one of the Photoshop standard fonts,but I might have downloaded it from a font website (I can’t remember). I add the text to the image in Photoshop, and have deselected the theme options to have the blog title appear on the site.

I like the Pre a lot. It has a much better browser than the Blackberry, and I like the way to interface looks. But Blackberries have a lot more customization options (notification sounds, etc.) that I really miss. Hopefully Palm will build these options into the Pre; I know a lot of people have been asking for them.

Your site looks nice. It looks like you’re just getting started, so I’ll definitely check in again.