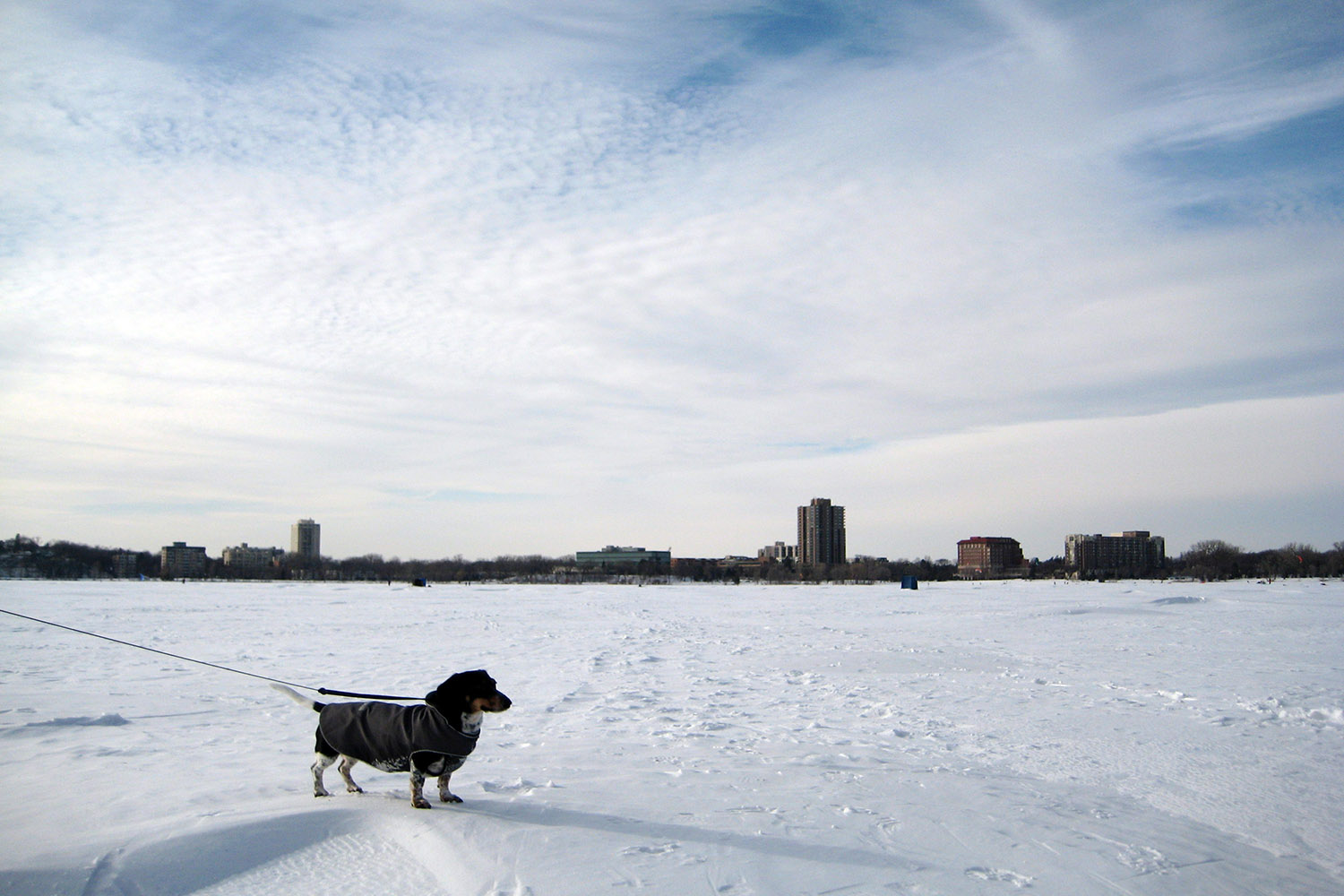 We had a rare warm day today, so Jim, Cooper and I headed out to Lake Calhoun to enjoy the snow and watch the kite skiers. I was amazed at the way the snow had formed into dunes in some places, and barren ice terrain in others. It felt otherworldly, as if walking on the moon, or at least what I think walking on the moon might feel like. Cooper had a blast running over the dunes, and sometimes into the dunes. We took a few pictures, played a bit in the snow and then headed home.