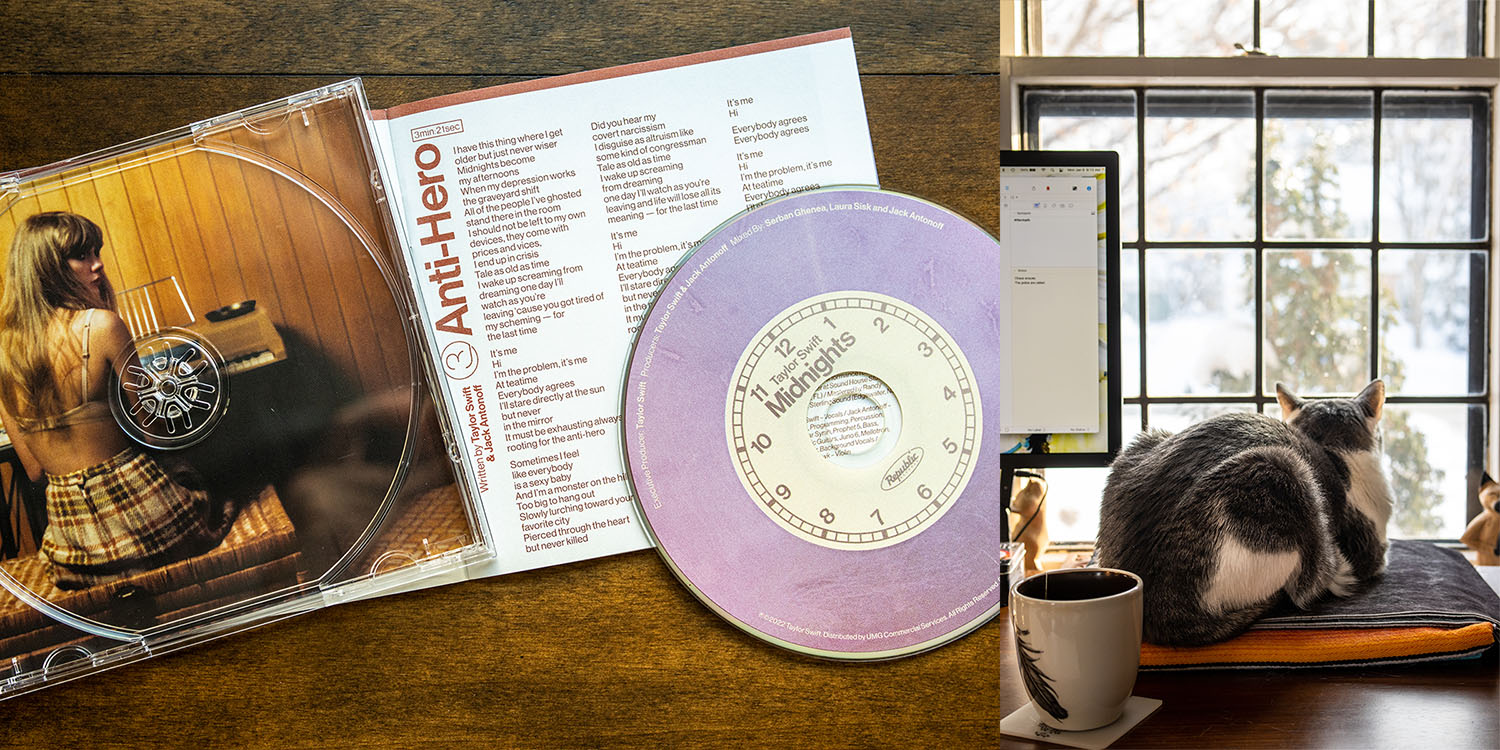 You know those dish soap bottles that have that little seal under the lid? You forget it’s there and try to get some soap, and no matter how hard you squeeze, nothing comes out. Then you remember and unscrew the lid, and there’s the seal, with its little edge to pull up. But they’re always on really well and then you have to go get a knife and cut it, and the soap is all over the underside of the seal, making it slippery, so getting the whole thing off is a pain. You can cut an X in the seal and call it a day, but then you can never get a good flow going, you always have to put in more work to get anything out.

That’s what my writing process feels like. It’s as if there’s a seal––of my own making––on my ability to let words flow. I’m always second guessing or considering if what I’ve written is right. I’m not trusting the process. I’m wary of it, convinced it has to be hard, like if I just write whatever comes to mind and don’t worry about the rest, it’ll be crap. And, maybe it will be crap, but crap can be edited––another big false belief that my brain has is that if it’s too crappy, I won’t be able to make it better, I and the manuscript will simply be beyond help. This is bullshit. I know this, but still, writing for me is like trying to squeeze out dish soap with the X cut in the seal. Way too little outcome for all the effort put in.

I drafted and revised my forty-page novelette “Doll Parts” in maybe five days, while my husband was at work. 12k words in that first draft, written at a rate of about 750-1000 words an hour, when my usual is 300-500. It was during our move from Seattle to Park City, and we were living in a hotel (though it wasn’t takeout all day long, we had a kitchen and we used it). I had to manage my dog in a new city, and I was working to finalize our Utah home purchase and answer questions from the people who bought our Seattle house, handle all of the things that go into a cross-country move, and I also had a packet due for grad school. Forty pages of fiction, since I’d already done my critical work. And the words just flew out of my fingers like sparks from a bonfire.

Now to be fair, I actually missed typing a lot of individual words. My brain had thought the story faster than my fingers could type it, and some words got left out. It was bad, not in the “this story is bad” way, but in the competency of the draft way. I absolutely had to read the whole thing over and edit it thoroughly before sending it, because at the most minimum of requirements, grad-school-level work needs to be coherent.

And the thing about it was that even in that first draft with the missing words, the story itself was really good. It wasn’t the steaming pile that my brain keeps trying to convince me I would produce if I wrote like that again. I was tapped into the part of me that knew the story in its rawest form, and that’s what went onto the page.

I’ve never been able to write that fast since then.

I was convinced it was because it was a short story. I knew where it was going and how it would play out. I had it in my head, though I do recall lots of surprises showing up along the way. I had a deadline I had committed to, and with all of the stress of the move, I didn’t have any more forks to give, so whatever showed up on the page was going to be good enough. I didn’t have the time or energy to be precious about it. My advisor knew it was a first draft written in the middle of a move. I trusted her to see it for what it was and give me good constructive feedback.

The ability to trust her helped me to trust myself.

But that’s not the end-all of it, because I absolutely have beta readers that I trust to be gentle and constructive, and my agent is one of the most encouraging people I know. She has complete faith in my ability to tell a story and she knows drafts are rough, and so do all my writer friends. It’s not them, it’s me.

In the always relatable words of Taylor Swift: It’s me, hi. I’m the problem, it’s me.

I’m insecure. I have imposter syndrome. My brain believes that I DON’T have what it takes and that other people only think I’m a good writer because they’ve only seen my best work. But it runs deeper than that, because I still struggle to put words down even when no one else is going to see it.

I think I’m afraid that I’m going to write so badly that even I can’t stomach it, and give up on myself. I have to keep the facade up so that *even I* don’t know how bad I truly am. I have proof, from those days at Canyons, that when I let loose and just write, the story that comes out is better than when I agonize. And still, I scrutinize each line, fearing failure.

It’s a ridiculousness spiral. It really is.

Naming a thing, calling it out and saying, “I know what you are,” takes a lot of the fear out of dealing with it. It’s like having a terrifying nightmare, waking up in a sweat, heart racing, and then trying to explain it to someone else the next morning. It’s never really terrifying in the light of day. It’s usually pretty silly.

So there you are, ridiculous insecurity. I see you. I’m on to your game.

And from now on, I’m not playing it.

Starting today, I’m going to write the crappiest of first drafts I can, just word-vomit after word-vomit until this manuscript is complete. I’m going yank that damn seal off and send the soap flying, because this is 2023 and I’m done with all the extra voices in my head asking me “do you really want to write that” or pointing out “you left out all the beats and it’s just dialogue” or “are you really going to just end that scene like that” or “you need more interiority.” Fixing that stuff is what second drafts are for.

This draft is for me to figure out the story, and I’m going to write it wrong the first time anyway (I know this, I always do), so why put all that effort into the word-by-word writing when I’m going to have to rewrite it? This draft is about finding the beating heart of the story and getting that on the page. The next draft–and the drafts after that–will be about how to best show that beating heart to readers, to tell the story of these characters as best I can. I know this, and it’s time to live it, right here at my keyboard.

Have you been your own writing anti-hero and created your own blocks? How did you resolve them?

I love this post. I read it while silently shouting “Yes!, Yes! Yes!” in my head — about the clever soap analogy, the internal writing thoughts, how helpful deadlines and trusted beta readers are, and most of all, how useful (and yet so hard) it is to just write a crappy first draft and worry about fixing the problems in the second draft. I also use other concrete hobbies — like drawing, playing piano and language learning to reinforce that I learn things over time and it’s okay to be crappy at something when you’re first encountering it (drawing a new object, playing a new piece, learning a new grammar rule). Sometimes that process is easier for me to see with activities that are more concrete than writing.

Wander Girlreply
– In reply to: Robin

Yay, I’m glad it resonated. I love that you find your other hobbies helpful! I agree it’s easier to see with more concrete things. Playing the NYT word and number games really helped me. When I first started playing sudoku it took me close to an hour to do an easy puzzle, but as I practiced, I started to see patterns, and my time improved. Now I can do an easy puzzle in five minutes or less, and I enjoy the hard puzzles more. The key was that I kept working at it. And playing Spelling Bee reminded me that if I get stuck, I can walk away, and I really will have new ideas and see new things when I come back to it.

This site uses Akismet to reduce spam. Learn how your comment data is processed.