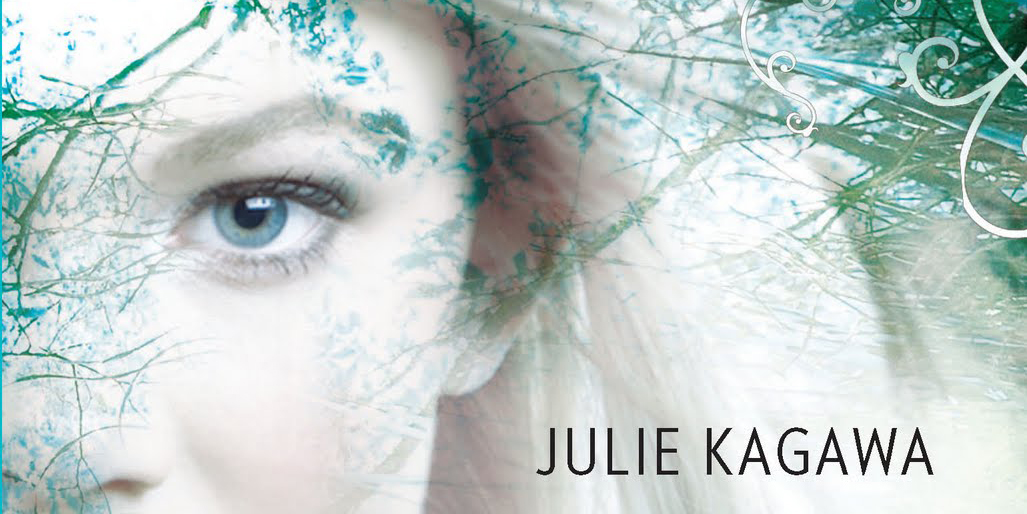 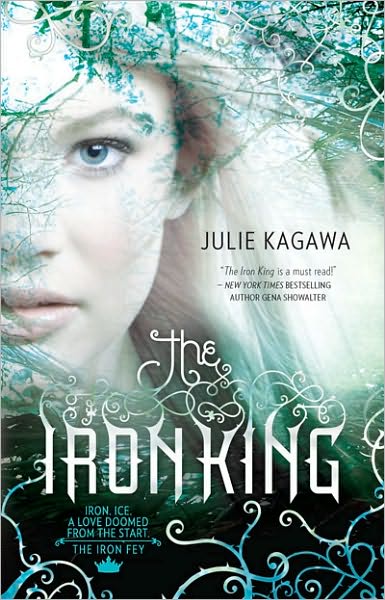 Even with all the great press this book got, I almost passed on it as I’m just not crazy about the fey. I’m really glad I didn’t, as this is one of my favorite books of the year so far.

The Iron King tells the story of Meghan Chase, an awkward and lonely teenager whose biggest hopes are that the cute boy at school will notice her and that her mom and step-dad won’t forget her 16th birthday. Little does she know that everything in her life is about to change. When her 4 year old brother is kidnapped, Meghan learns the truth – that her brother has been taken by fairies, her best friend is fey and her father is a fairy king. Meghan must face a heritage she never knew she had and travel into the perilous fairy realm if she ever hopes to see her brother again.

This is very much a true fairy story, with all the standard fairy fare, such as the Seelie and Unseelie courts, pixies (or, as in the book, piskies), and the entire fairy cast of A Midsummer Night’s Dream (my favorite of Shakespeare’s plays, second only to Twelfth Night.) There are trolls and goblins and talking cats, and new fey for the internet age. I haven’t read a lot of fairy books, so I’m not sure how standard the summer and winter courts are, but I really enjoyed the descriptions of the contrasting fairy realms.

The beginning of the book felt a bit rocky, as it seemed odd to me that Meghan never saw anything strange even though her brother kept trying to show her the monsters he was seeing. Then her sight came right before she turned 16, and her brother was taken at the same time. The events felt a little rushed together. It also felt awkward that after so many years of keeping the fey world a secret from Meghan, Puck was willing to tell Meghan everything, just because she asked him a few questions. That said, I often find the beginning of books where the lead character does not know that supernatural beings exist feel a bit contrived. The beginning isn’t bad, per se, it just wasn’t as strong as I would have liked.

The fast pace continues into the fairy world, with Meghan having to learn quickly how to survive in a place where all the rules are different. Then the story slows, and there are a few sections in Part 1 and 2 of the book that meandered a bit. Meghan’s not really looking for Ethan and not learning much about the fey or herself. I found these sections frustrating and didn’t see how they added much to the tale. The main plot really picks up about 100 pages in, and from there it moves forward at a steady pace. While in the beginning I felt like the book wasn’t holding me, the last 180 pages wouldn’t let me go. I loved meeting the iron fey. Though the idea behind them isn’t new, I really enjoyed the way Kagawa handled it. I expected the book to become preachy, but it didn’t. Instead, the story built to a riveting climax and left me wanting more.

Meghan is a very likable heroine, a mix of kindness and fierce determination. Her strength seems to come from her love and devotion to others rather than anything she could gain for herself. If she had been raised fey, I don’t think that would be the case, but her humanity shines through and is one of her greatest strengths. I recently read an interview where Kagawa stated that Meghan was a hard character for her to write, and I think Kagawa’s portrayal of Meghan is where she succeeded the most. She’s written a beautifully lovable heroine with just the right mix of insecurity, heart and wits. I look forward to seeing how Meghan grows and changes through the series.

I also really like Ash as a love interest. He’s strong, both physically and emotionally, and a fierce hunter and fighter. I like that we meet him in a roundabout fashion; that it’s not clear when Meghan first sees him in the woods that he’ll be the love interest. I also like his aloofness, but I do feel that I’ve met him before, as another character or two in other series. I’ve just about had my fill of lovers that first try to kill the heroine before they fall for her. Kagawa’s writing of Ash is strong, though, and while the idea is not unique, I fell for Ash all the same, and rooted for him and Meghan.

The Iron King was for me an unexpected great find. The story concept isn’t as fresh as I would have liked, but the characters are interesting and the writing is strong. I like that Kagawa isn’t afraid to challenge her characters, to really push them in the face of seemingly insurmountable odds. There were a few plot twists in Part 3 of the book that I really enjoyed, and it felt like the writing tightened up there too. I’m taking that as a sign of good things to come in the next three books.