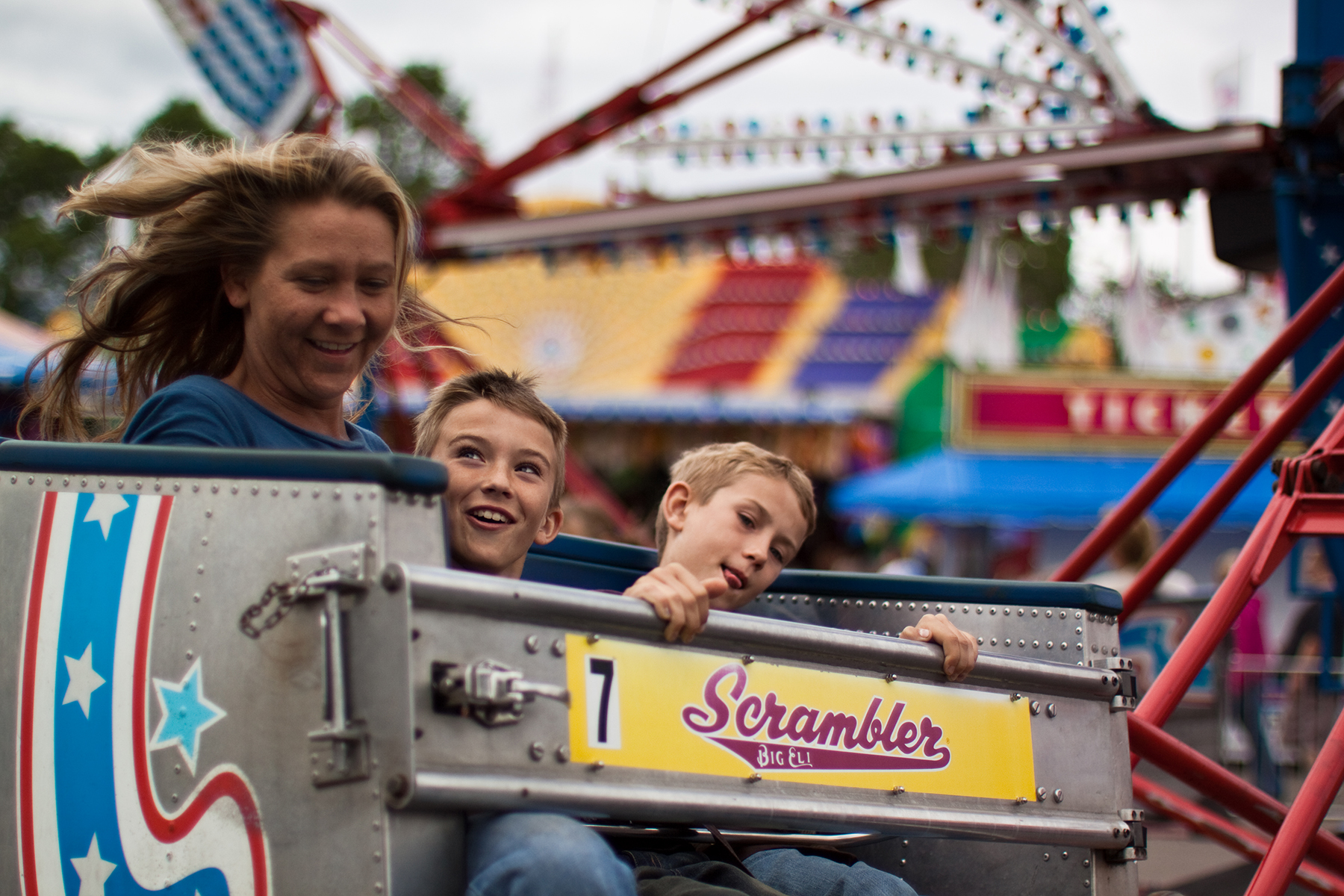 The first year I lived in Minnesota, I heard a lot of talk about the state fair. It seemed like the Minnesotan event of the summer, the one thing that everyone seemed to go to. I was intrigued. I’d never been to a state fair before. Oh, sure, Michigan has one, and New York has one too. New Jersey even has a state fair (although I didn’t know until I looked it up just now)! And yet I’d never been to any of them.

Growing up, I thought only people who raised livestock went to the fair. I was slightly disturbed by the whole idea, having grown up reading and watching Charlotte’s Web. I didn’t want to see cute little(!) pigs and cows that would be eaten when they got home. My parents weren’t interested in going to the fair either, but for different reasons. It seems the Michigan State Fair is held in a somewhat sketchy part of town. Neither of my parents grew up going to fair; it just wasn’t the thing to do there. So I was pretty surprised to find out that it IS the thing to do here in Minnesota. So that first year, Jim and I hopped in the car and drove out to the fair to see what it was all about.

On that first visit we didn’t really check a map and headed north to see what there was to see.  It seems the northern part of the state fair is where the farm equipment is displayed.  I’d never seen so many tractors in my life, and was in awe of the size and variety of tractors and tillers available.  Being a city girl, I didn’t even know what a lot of the stuff was used for!  It was a real eye-opener for me, knowing that I truly was in the heart of farm country.  We also got to see some of of the logging equipment in use, classic cars and tractors and the dog show.  It wasn’t until we started to get hungry that we ventured over to the south end of the fair.

The south end is the busy end, with the midway, the farm animals and everything you can possibly imagine available to eat, most of it on a stick.  It seems that “on a stick” is the way to go for fair food.  You can go with the usual, shish-kabobs and corndogs, or be a little more experimental, with belgian waffles, pasta with meatballs  and even turkey dinner on a stick.  If it’s edible, the state fair food vendors can put it on a stick for you!  Off the stick, you can always find sausage and peppers, deep fried cheese curds (which I’d never even heard of before moving to MN) and corn on the cob.  Minnesotans argue over which stands have the best food, and whether the new “on the stick” outrageous options are good or not.  I definitely have my favorites – I love the corn stand, and the milk stand near the pig house with all the chocolate milk you can drink!

We go to the fair every year now.  Each year is a little bit different for us, since we explore different areas each time.  We always have lunch there, but then we branch out to see what there is to see.  Two years ago we spent a bit of time with the goats and chickens, and last year we discovered the horses and found the stand that had the elephant ears.  This year was the midway.  This year was also the first year I went with a good camera, and the first time I even photographed carnival rides and games.  We weren’t there for long as the day was chillier than expected, and our plans to head back later in the week for night shots didn’t work out, but I still got a few decent photographs.  I’m already looking forward to next year’s fair.

To see my fair photographs from last year and this year, view the State Fair set on flickr or flickriver.