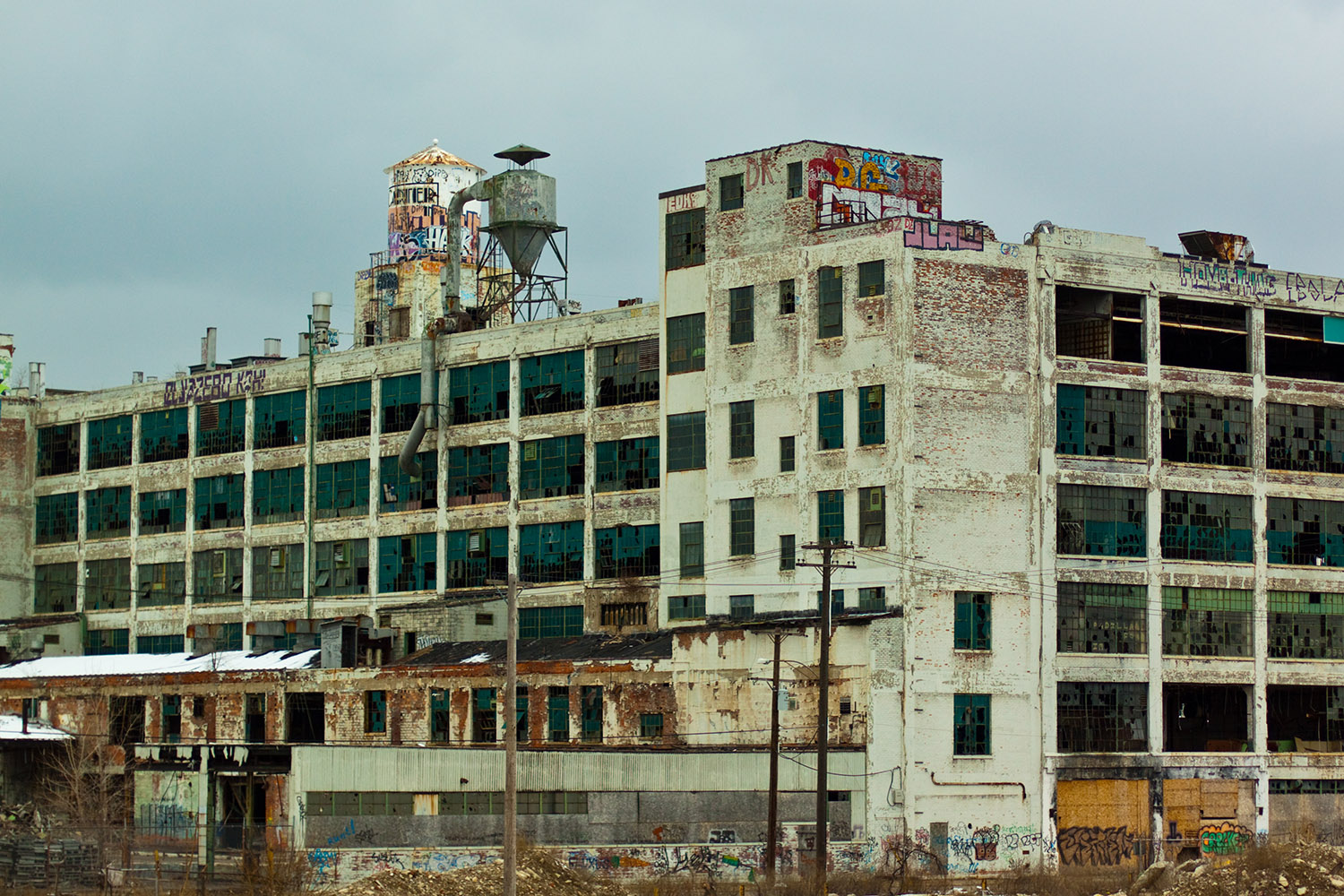 This past weekend I went back to Michigan to spend some time with my parents. I didn’t go down into Detroit on this trip, but from what I saw from the highway back to the airport, things haven’t changed much. There has been a lot made of the impact of the economic downturn on the inner city, but Detroit has looked like this since the 70s. Burnt out and abandoned homes and warehouses are the norm rather than the exception, and many of these structures haven’t been touched in 40 years other than to provide shelter for the homeless in the winter, or as kindling on Devil’s Night.

I don’t know the history of this particular building, but it stands as an example not of our current economic downturn, but of what happens when a city can’t rebuild itself after social and economic destruction. It is a reminder that while things are tough right now, we as people cannot allow ourselves to turn on each other, to riot in the streets and to destroy our cities. If we do, we all pay the price.

French photographers Yves Marchand and Romain Meffre created a photo essay on the Detroit ruins that Time Magazine calls “haunting”, and I have to agree. It is a shame what has happened to my home city, but Marchand and Meffre document it with an eye for beauty in the decay.  The DetroitYES Project also has a photo essay showing the ruins of major city landmarks, with small write-ups on each location in the photo tour.

hi, i used to live in ypsi/ann arbor. it is kinda sad to see the city of detroit in ruins and shame that there is so much corruption. i hope, someday city will get better….